Twenty six years ago at the New Orleans Jazz and Heritage Festival I watched Stevie Ray Vaughn rip it up in front of thousands of people. The only way people knew that I did was because I told them about it. Yep, WOM.

I would go on to see SRV a few more times after that before he was taken from us too soon. My memories and stories of the times I’ve seen him and hundreds ( Yes hundreds, I sold concert T-shirts) of other acts are solidly entrenched in a sense and duty that those stories are waiting to be told to another willing listener/fan. Thats #WOM.   in a nutshell.

What’s changed since then? A lot. The entertainment industry is now built upon “Jenga” blocks of streaming services, subscription services, platforms for buying, sharing and saving music. All are on tenuous ground except for social media. Entertainment and social media are made for each other.

Social Media is the spinach to the Popeye that is Entertainment.

The things is though, Social Media is just 1/3 of the elixir to what is ailing the entertainment business, specifically the music business IMO. The other two thirds that need to be “fixed” are streaming services and how artists can be rightfully paid for what they produce and what we hear. We can spend a whole blog post on that, but for now let’s focus on a few ways musical acts, venues and festivals can leverage social to  be successful

Let’s start with musicians. Above and beyond the actual creating of music, it’s imperative that musicians play. Whether it’s busking, club dates or in sheds, musicians have to play, preferably in front of people. But if no one knows they’re playing, then how’s that going to work out? Self promotion right? In a sense yes, but the key is social media, coupled with a an ample amount of balance. This tenet can hold true across the board, regardless of what part or side of the industry you’re on.

You have to balance the desire to pimp your stuff all the time with being interesting the rest of the time...oh and you have to make money doing what you love. So the balance is playing your music, marketing your music and selling your music. Artists can do it but it’s tough. Why is it? Last time I checked musicians are musicians and NOT marketers and certainly not social media marketers.

This is where the fans come in to play. This is where live events, concerts and festivals come in to play. All of the previous mentioned figure largely into the mix. Case in point, I go to the NOLA Jazz Fest as much as I can and to me, it’s about as good of a local and visitor “fan” experience as you can get with the combination of music AND Food. The Music is off the chain, but the food is a close contender. And people talk about it, A LOT. Tell me word of mouth is not big for an event like the Jazz Fest and I’ll see you some fertile Louisiana swamp land. 🙂 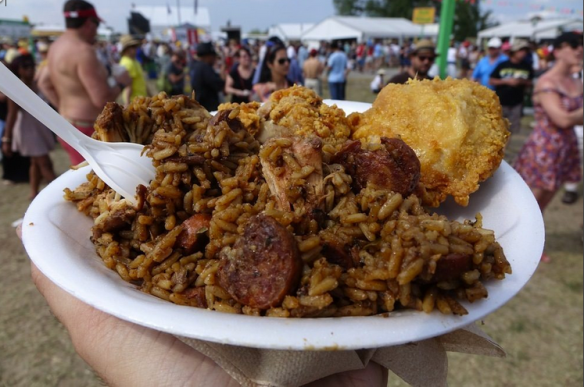 Recently I went to the Gasparilla Music Fest in Tampa. A small festival comparatively speaking but no less eclectic when it came to the music, the diverse and high quality food offerings AND the tremendous local libations (Hat tip to Cigar City Beer)  The GMF is an absolute under the radar home run.

Not only was it a great venue for musicians but ditto for local eating establishments as well as those who were there for Spring Break and the weather. My point? Technology and social media can and could help and does help, to a certain extent, all those involved. But it can be better. This might be the part that musicians will hate to hear, but they can help their causes more by becoming more actively active, is that even a term? in every aspect of pushing social engagement with current and future fans. Why? Social Media loves entertainment but if it loves musicians, it loves and rewards fans even more. It’s a natural fit for fans to profess their love for a band or an artist and vice versa. But we have to make it easy as hell for them. Don’t forget, people are lazy and technology makes them even lazier!

Real quickly, how good was the music at GMF? Well, when you can watch an artist as globally known as Erykah Badu slay it, up close and personal, that’s pretty cool; or listen to Memphis group Lucero just tear up the stage and then be tapped on the shoulder and be asked, “who are those guys,” that’s even cooler.  All told there were over 50 acts of various degrees culminating with Stephen Marley closing it down in fitting fashion. Stop it, just stop it. 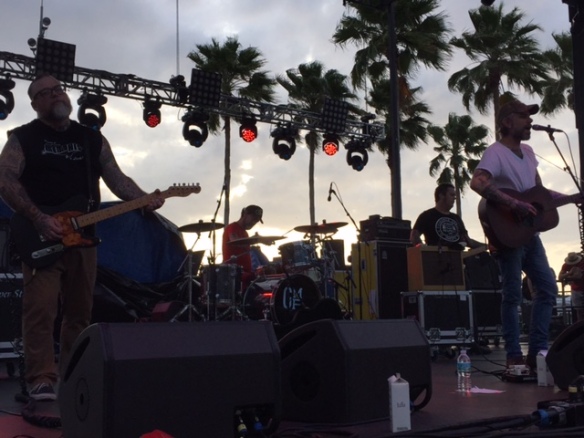