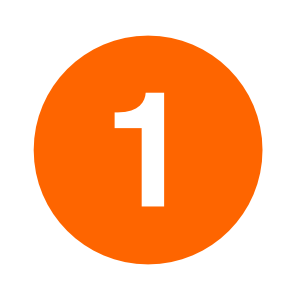 I was recently speaking to an entrepreneurship/marketing class in Naples Florida about what it takes to get something from cradle to grave. The main idea hit me like a ton of bricks, so I’m going to share it with you. It’s quick, so relax.

It’s as simple as this. It starts with one person. It’s born from one idea. You take that one idea and you make it better. You take one thing about that original idea and you tweak it. You find one person who can see your vision and you become one. Then you find another.

You find that one competitor and you beat them or you take that one thing missing from their idea and it becomes yours.

Whether it’s your company, your product, your family or your life…Do one thing everyday that moves the needle in a positive direction.. You don’t have to boil the ocean and it’s not about lots of little wins or victories. Focus on one.

Yet another cautionary tale.

Crisis management, contingency planning, reputation management, leadership, why are these so hard? why are they so hard to grasp, to fathom and to implement? Maybe there is a perception that because they don’t figure into the day to day operations of organizations large and small that they’re not that important. Or are they?

It’s funny though, just when they’re needed most, you can’t find them; and it’s right then that everyone seems to ask-“What do you mean we don’t have policies, plans and procedures in place for “…

We talk all the time about the need to have social media crisis management tools, procedures and policies in place for good reason. Why? They work. They help. The mine field is littered with companies that have not done a good job in this area. The most recent is obviously BP Oil.

Why are crisis management policies and plans needed? Because customers, consumers are empowered now.  When customers and people are upset and have been wronged, they can take to social networks and the power of viral socialness and vent and complain and create momentum to make a difference and affect change.

Here’s a mini situation. Two days ago another opportunity to get it right fell by the wayside. This one though isn’t neccessarily social media related, yet the difference now is whereas before there might not have been a way or platform to complain there now is. So it does have social media undertones.

I decided to take my son to see Toy Story 3. There was a huge storm sitting on top of Naples, Florida, so a movie seemed like a great idea. The Regal Entertainment Group operates the largest and most geographically diverse theatre circuit in the United States, consisting of 6,745 screens in 546 theatres in 38 states. So they are a large outfit.

Yet it would appear that they have no  customer service contingency plan in place for when their systems “go down” to complete transactions. Their contingency if you will, is to take cash, which systemically eliminates the huge section of their customers that came armed with a debit or credit card only

So here’s how it went down.

3 windows all open and yet all were saying they could take cash only because their systems were down. Wait, no this one says it can…  We went from one window to the next to the next. And yet one window was able to take debit or credit cards?  Wouldn’t all windows be on the same system? The information seemed to be inconsistent. No messaging to let people know of the current situation. No one out front, no signage, no manager, nothing.

We were able to get in, but I was already thinking about the disconnect in “managing” a customer service situation that seemed to be getting uglier by the minute.

Next up, popcorn and snacks. My assumption? I used the debit card out front, so the system must be back up and on line. Long line later, I order, present my card and am told that the system is down and they can only take cash. Are you serious? I tell them I just used it out front. They say they are told that the system is down. I tell them to try it. They say, like robots, that they are only to take cash. You mean you’re told only to take cash? Yes. You can’t even try and swipe the card? No. I just waited in line for 15 minutes. Sorry.

I look behind me and the line is swelling. I look to my left and it’s like this exact conversation is happening across the board. Where’s the manager, where’s the signage, where’s the “make it right act”? Rainchecks? free popcorn? Something?

But now a not so favorable customer experience will now end up online thanks to the intersection of search and social media…Oh well.

This past Monday, I sat on a panel in Naples Florida where we talked about social media and children. It was put on by the Collier County School Board and the panel consisted of law enforcement officials, representatives from Naples High School, and an individual from the Naples Daily News as well to name a few.

Throughout the 2 hour discussion I was amazed at what I heard but not surprised, and thus I jotted down some things. Three of the recurring themes coming from everyone’s lips on the panel were:

Along with the discussion were a few links that I had suggested that parents take note of:

Knowem.com-KnowEm allows you to check for the use of your brand, product, personal name or username instantly on over 350 popular and emerging social media websites.

UsernameCheck.com Similar to Knowem.
123people.com-123people is a real time people search tool that looks into nearly every corner of the web to find comprehensive and centralized people related information consisting of images, videos, phone numbers, email addresses, social networking and Wikipedia profiles.
Facebook.com/help/?safety-Facebook takes safety very seriously and strives to create an environment where everyone can connect and share comfortably. Find answers to a variety of safety questions here.
DirectMarketingObservations.com–Monitor your social space with 7 tools and 16 minutes of setup.
It starts with this and continues with a willingness to educate and share. Social Media is not bad and I had wished that we might have spent some time on the positive things of social media-Perhaps another session is in order for that.

I was designing a quick-n-dirty logo for a group that I’m part of in Naples, Florida called  Coffee and Social Media and while I was messing around with some content, A typo has resonated with me. The typo was this:

So instead of this first:

Let’s start with this: 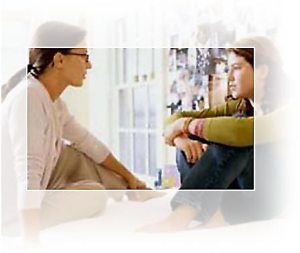 Take the time to develop the relationships with your clients, your customers, your prospects and your peers.