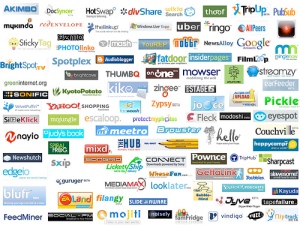 In recent weeks I’ve received emails from Xmarks and 12seconds.tv announcing that both were ceasing operations by the end of the month. I was bummed. With Xmarks, I actually used it every day to keep all my bookmarks synced across multiple machines. With 12seconds.tv, I had used a dozen times or so and I could see an application or a place for it in the crowded world of social applications and services. So why did they both decide to shut the doors?

No revenues. Simple as that. They could not make any money. Both companies had traffic and users, and both applications were free, but the problem was, they could not figure out how to make a living off of a social utility. I’ve said for a long time that I can’t stand the traditional internet business model that’s predicated on traffic. I hate that model; and yet as we speak in 2010, we have 2 companies that needed traffic to grab advertisers, and to a certain degree had half of that equation, and yet still couldn’t survive.

What does that mean?

Sure we’ve had a ton of companies that have gone belly up, but what does it mean today? Back in the day, when your internet startup wasn’t tied to a transactional product, your best bet for survival was predicated on a mix of lots of traffic, word of mouth, and great service which attracted advertisers. But that still was no guarantee of survival. Especially when it basically was relying on traffic fueled ad dollars.

This morning Jay Baer wrote a post about how social media behemoth Facebook was basically suffocating the rest of the web 2.0 world. Frankly I have to agree with him. Not only is Facebook swallowing up our time, but it’s redefining our choices and driving our preferences-which means that companies that are trying to go it alone in the social media landscape, now have to compete for attention and eyeballs of people that prefer to play inside the walls of Facebook only!

Forget ad revenue from traffic as a major concern for new social startups. They now have to compete with Facebook right out of the blocks. It reminds me of the halcyon days of first Microsoft’s dominance and then Google’s. Everyone was always wondering what they were going to do next. This is Facebook’s world and we’re just living in it.

That’s what that means. 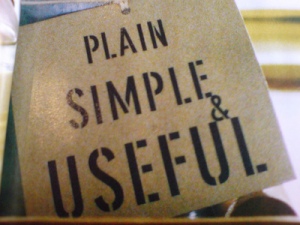 You know we’re all amazed at the power of Twitter and the numbers don’t lie. I know I am. But if Twitter went away tomorrow what would you do? How would you adapt? As we have all seen when Twitter does goes down for any prolonged amount of time, the silence is deafening. Some migrate over to Facebook and still others bounce over to friendfeed. But at those times, if you just stop for a moment you notice some things, actually a few things.

This morning I was thinking about those things and then some, and in those times you have to gather your thoughts quickly. Here’s my take on Twitter and real time conversations. Did you notice these things?

1) Our need for real time communication is insatiable

2) Our desire for a platform or a “place” that supports real time communication is what has fueled growth on the internet over the last 12 years.

3) The more focused these type of platforms are, the more successful they are and possibly you!

6) LiveFyre will have potential

7) Friendfeed is not the alternative you think and neither is Facebook.

8. A premium level can exist but value has to trump the bells and whistles; And you won’t use it unless everyone else is.

10) Yes, real time instantaneous communication is a great thing for businesses, and an awesome networking tool, but the real power will lie in its ability to bridge the gap with the customer. And the customer needs to know that they have this channel to access where they can get real answers from real people and get real results in….real time.

In the end,  I think Google still might win. If you look at this past year, Sidewiki and Google Wave were and are diamonds in the rough for real time communications, they’re just waiting for you to figure them out and…  given that those 2 came out in 2009, know that Google is not done, never forget that.

GE…  Google Envy. We all have it. Even if you don’t admit it because you are above that, deep down you know you have it.

In contemporary times, GE is the term used metaphorically to refer to the idea that we all wish  we worked for Google, had Google stock. or were bought by Google. In more subtler terms it refers to the anxieties we as marketers and site owners and SEO folks feel about our impact in Google’s search engine.

Think about our world and how Google has managed to work its  way into our lexicon.   Lik Pez, Google is a proper noun.  Pez is a candy and Google is…. Google. But where they differ is that I can’t “Pez you” but I can “Google you”.  You know this conversation happens a half million times a day… “Hey I Googled Thomas/Cynthia last night, and you won’t believe what I found!”

So alas, Pez is not a verb and Google has become one. How many companies can become a verb? Not Microsoft, Nike, Coke, McDonalds, Toyota, NBC, Rolling Stone, The Rolling Stones, Yahoo, The NFL, The NBA, Nintendo, Sony, The World Cup, The Olympics, Not even…. Microsoft-cue the reveal music.

I wonder if Microsoft has Google envy? I used to have Microsoft envy. In fact right after the bubble burst in my dot com world, I still had Microsoft envy. I wanted Microsoft to buy my company. Didn’t they buy anything that was cool and had a pulse back then? They were the big dog and I think we all worked for small start-ups with the hope that Microsoft would notice us and decide to buy us. It’s at this juncture that we should bring in Andy Rooney from 60 Minutes.

Andy: “Do you ever wonder if Microsoft has GE? or Google Envy? I bet they do. I know I do. I think we all have Google Envy. Even my dog has Google Envy.

As a world that now uses technology in every day life in every way possible, we now measure things by our ability to search for them on Google. It’s almost as if it’s the great judge of legitimacy. However, from the perspective of the marketer and the SEO’r, it’s also the gold standard by which one is measured. If you rank #1 in Google, then you must be good. Because Google said so.

So it just goes without saying that Yahoo and MSN, the other 2 search engine’s, should have major GE. They fight over the scraps of what is left in Google’s vapor trail. And like it.  I envision Shaq going up against Herbie the wannabe dentist destined for Misfit Island, and The Keebler Elf. All fighting over the gold and girl, and it really not being much of a fight. It’s just not fair. But I like Shaq, he’s a likeable guy. I even think Herbie and the Keebler Elf are cool, but in the end, you know they wish they could trade places with the big man. Even if they don’t admit it.

While thinking of what to write about this morning I thought that some questions should be asked.

Who do we as marketers and web masters gear our websites to? What is the demographic? Do we even consider the number of people using a computer who don’t really fit the audience that we THINK we are attracting? Do we even TRY to speak to that segment?

Is the cell phone and it’s current capabilities the “dumb’ed  down” version of the PC? Is what is on the phone from a spec standpoint what all users en masse want? Or what we think will sell more phones? Do we not give the people that use any type of technology on a day to day basis, enough credit for what they want? and how they might want to utilize it?

When does any type of app, fly completely over someone’s head? What is the level, when someone just shuts it down and says,”this is too difficult”? Will all generations from here on out be so technically gifted, and knowledgable that nothing will be impossible for them to grasp? Regardless of educational levels?

What does user friendly really imply? Does everyone need a computer? If so why? If not, how come? Does anyone use a fax machine anymore?  Why is YouTube so popular? Why is MySpace the same? Does anyone care about social networking? DO I really want my friends to know what I’m doing at all times?  How can I find really cool web sites? Without having to put up with google ads?

And speaking of Google, should I care about what they do? and how they do it? Does Google make my life easier? Does Microsoft? Does technology make my life easier, or does it complicate it because of updates and licences and fees and subscriptions and user names and passwords and security threats and viruses and hackers and…..???