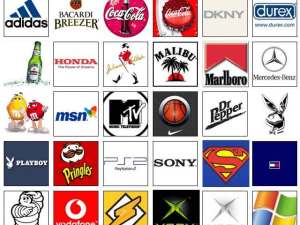 About 18 months ago Emerson Directs’ web presence was no more than a brochure-ware site with no more than 3 pages of cursory content with zero traffic and zero web presence. all of its business was by word of mouth and referral. The only web presence was of SERP’s of information on an FTC settlement and consumer affairs reports on some bad customer service that occurred over 6 years ago.

Realizing that this had to have and was having a negative impact on the company and its ability to go out and get new business, I decided to do a few things. In short order, 1) I decided to create a new website, 2) a Social Media Optimization strategy wrapped around creating a number of social media pages devoted to the company-specifically the company name, 3) a blog site devoted to pushing out a more positive and leader like image for the company, 4) a robust social networking campaign 5) a Twitter persona in which I knew and hoped that people would go from the tweet to the blog site or to the website based on the quality of the tweet and lastly 6) be more visible and authentic with current and potential clients.

By creating the blog, it was another way of creating more content as well as another web site devoted to the Emerson Direct brand. As of today, The blog averages more than 10,000 visits per month, connects with clients, potential clients, and the casual reader, and has received numerous accolades. All of which were not my goal going on. They include ranking in the Adage power 150 The Power 150 is a ranking of the top 900 English-language media and marketing blogs in the world. The site is also ranked #23 of the Junta 42 which ranks the top 42 content marketing blogs. It’s also ranked oddly enough in the UK for top marketing blogs. It’s also part of the Big List of SEO blogs compiled by Lee Odden of Top Rank Blog. The indirect result of all of this, is people go from the blog to the website. The indirect direct result has been the creation of my personal brand as well, which has been cool and also very humbling since that was never my goal.

The residual effect of this effort has been tremendous in 1) driving traffic to a new site we built as well as 2) creating more opportunity for the company as well as 3) driving down the negative websites and 4) managing our website and companies’ online reputation in a more positive and proactive fashion and 5) I’ve become the de facto spokesperson for the reputation management campaign that Emerson Direct  undertook, as well as a champion for all things social media related and 6) Their phone has been ringing and 7) I’ve made some great new friends and contacts and 8. I’ve learned a ton and  9) respect so many others in the space now.

In regards to other forms of social media, I’d also created company related personas at nearly all of the top social networking sites, and even some of the lesser ones. I would venture that the total number was close to or had been 50. Some of those sites included YouTube, Delicious, Stumbleupon, Disqus, Propeller, Friendfeed and Twitter. All good viable ways of sharing content and changing a bruised reputation. Delicious is a prime example of my social media book marking efforts, in which I have over 600 bookmarks. That might not seem like a lot, but in the grand scheme of things it is.

I’ve toned all of this down now, as I’ve been able to dial it back, tweak it, and develop a happy medium with a consistent social media presence in the places where it’s most effective. Plus the time suck was killing me.

One note:  I also created a number of filters in Google Alerts, Summize  and Backtype that keep and kept me abreast of anything that was said or written about me, the brand, the company, or any of the products that they were marketing, which I highly recommend.

The culmination of these social media and reputation management efforts has been, to put it mildly, extraordinary. Not a day goes by where they do not see some type of positive ripple effect both professionally and or for me personally from these efforts.

The interesting thing about this whole exercise has been, and some people might not realize this, the tremendous amount of effort and work required to maintain and do all of this. The payoff though has been well worth it. I also think it’s important to note, that you cannot afford not to be doing some variation of the above. What do you think? What more could I have done? Did I miss anything?

According to the Gartner Hype Cycle, they have identified 27 emerging technologies to keep an eye on. They have also predicted that 8 of them will have a major transformational business impact. For that reason,  those 8 should be strongly considered for adoption by technology planners in the next 10 years. Of these 8, there are 4 that have caught my eye and thus have a particular interest to me.

The first of the 4 is Web 2.0. Although if you look at the below diagram, Web 2.0 is currently in Gartners “Trough of Disillusionment”. Though it almost sounds like some type of business purgatory, it will emerge within two years to have a transformational impact, as companies steadily gain more experience and success with both the technologies and the cultural implications-according to Gartner. If you cannot get excited about how Web 2.0 is transforming the web and the way we utilize it, then you just might not be geeky enough. That’s ok though, there are enough of us out there that truly are “giddy” about the direction we’re heading.

The next area that Gartner feels is about to explode is Social computing platforms — you’d have to be living in a cave on the island of Fiji to not suspect that consumer-oriented social networking sites, such as MySpace and Facebook, are causing companies of all sizes to evaluate the role that these sites, or various components of these sites, including their enterprise sized brethren, might do to transform and elevate the way that they currently communicate and do business. What’s more, the individual components and their ilk are forcing people to re-think what it means to be social, to re-evaluate what communities are all about, and how all of this can change the way we might interact with each other in the future.

If it hasn’t been obvious to this point what would be on Gartner list, its Microblogging— Thanks to Twitter specifically, and Plurk and Friendfeed to a lesser degree, microblogging is the new kid on the block in the world of social networking. But if microblogging is the new kid, it’s the new kid who can hit the ball out of the ballpark the first time he picks up a bat. The potential has already been leveraged by some pockets of the online community such as social media marketers and PR people, but it is also slowly being adopted by some forward thinking leading-edge companies who are using it to communicate with its customers, and employees. It’s becoming and will become another viable tool in a companies quest to engage it’s customer, communicate with the customer and brand their products more effectively.

Lastly, I’m going to lump 2 together. Corporate Blogging and Social Network Analysis I think that corporations, because of the advent of Web 2.0 technologies and the emergence of social networks and their niches, are starting to realize the importance of communicating like they never have before. We throw around the word transparency and I think it has never been more self evident what the upside can be to these organizations. As soon as Corporations can get a handle on the how’s and the why’s of blogging, they will be well served to incorporate it into their marketing mix. My suggestion would be to start with the book Naked Conversations.

Social Network Analysis is a natural extension of Web 2.0,  social computing platforms and microblogging. Because we are in the realtive infancy of these aformentioned technologies, the measurement of these is still as well, in it’s early stages. Analyzing the impact, the ROI, the level of engagement, the depth, the reach, the frequency, the conversations, the numbers- of social networks is something we talk about every day. An example of a company that does monitors social media would be Radian 6. As social networks continue to mature, look for this aspect as well to become robust and very vertical and very in demand.

So take a look at the diagram below, which ones get you excited to be in this space? 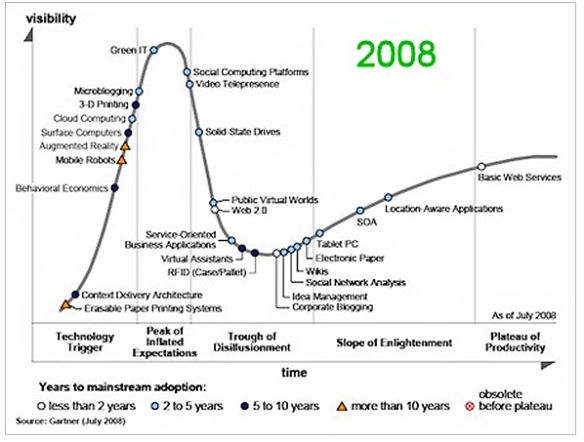