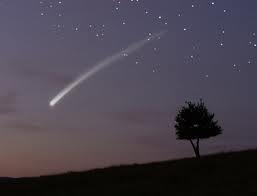 It’s safe to say that just because I waited until January 8th, it doesn’t mean that I can’t roll out what I think will happen in the next 12 months. In other words, not posting prediction pieces in December does not diminish their likelihood of occurring. In the immortal words of former NFL coach, Dennis Green, predictions are what we thought they were.

With that said, I wanted to go with things that can truly occur in 2013. Thus they aren’t predictions they’re the opposite, they’re Unpredictions!  I’ll explain why with each one .

Can anything that any of us predict, really happen in 12 months? Not really. In order for it to happen, it really has to be in the works prior to 2013, right? So that means, maybe they aren’t so much predictions as they are things that should happen because everything that we have seen heard and experienced in the past 12 months, indicate that they should happen.

Six years ago, we were talking about the growth of blogging and MySpace. In 2006, Radian6 was founded by Chris Newton (@cdnewt) and Chris Ramsey (@chrisramsey) Back then monitoring and listening were a novel concept, but they knew that social wasn’t a fluke.

Five years ago, hundreds of millions of people around the world were starting to visit social networking sites each month and many were doing so out of curiosity on a daily basis. Clearly,social networking is not a fad but rather an activity that is being woven into the very fabric of the global Internet.

However, we could have cared less about measuring our engagements…yet. We were all about doing first and thinking second. Case in point Wal-Marting Across America uses a real journalist and real photographer, and sets them up as your average Wal-Mart fans, who travel across America, park their RV at Wal-Mart parking lots and hang and blog.

4 years ago, we were still fixated by the numbers, and the bulk of measurement questions  still consisted of “how many”, but “who and why” are starting to become more of a focus in social.

3 years ago, the numbers bordered on the ridiculous but some trends were starting to take shape.

But underneath that astounding growth trend, was a disturbing stat. One that will do 2 things. First, it freaks people out and then, it spurs people into action.

2 years ago, We stopped blowing on the reflection of our social media selves in the mirror and wanted to get serious about measuring social. Consider this blurb from 10 Ways Social Media Will Change In 2010

“Return on investment on social media activities has been challenging to most companies in 2009. Surveys show only 18% of companies say they saw meaningful return on investment from their social media activities while the other 72% report modest, no return or inability to measure the return on their investment in social media. While the definition of ROI is evolving to better fit the world of relationships and networks, the ability to demonstrate ROI in hard numbers — not in followers or fans — will become a baseline business requirement in 2010. Already, both traditional firms and startups are working feverishly to demonstrate they can turn hype into science. But, only those companies who will be able to analyze and predict hard returns on investments will last”

The funny thing is, if you bother to try and search on the number of articles or blog posts about data, data measurement, monitoring, listening and engagement in  the last 6 years, you can see that as social has evolved, so has the need to become less fixated on quantity and more concerned with what one does with the numbers. The number of blog posts and articles in the past 6 years reflect this sea change in doing something with the numbers, yet we still aren’t there yet. Consider this post  in Gigaom, 3 accurate metrics for ROI on social media campaigns. Here is the opening sentence:

Businesses are struggling with how to evaluate the effectiveness of their social media campaigns.

Yes, we’re becoming enamored with the data and analytics of social, and we’re becoming really good at collecting it, but we still need a primer in what to do with it and how to turn it into Action. Look at how long it has taken us to get over big numbers! So when does this change? How long will it take us to get there?