To all of the Twitterati out there, these numbers should not surprise you. According to Compete, Plurk had over 1.6 million visits in June. The percent change from May was 4561% You can go ahead and refer to the below graphic as to the reason for this surge. Things have actually been good lately, not to mention Twitter’s recent aquisition of Summize. Can’t wait to see Plurk’s July numbers. What’s your take on Plurk? Are you diggin the UI? 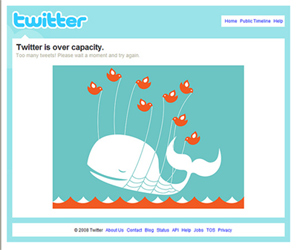 According to compete, here is the latest list of the top 20 streaming music sites. Some interesting things to note about the list and what you should know: All of these sites now have some sort of social aspect to them in order to grow and kepp its user base. With that being said this list also shows that users like to listen to their music, they just do not like to pay for it very often as this graph will attest to.

So what’s new there? I had previously posted about the top 44  social music sites awhile back, but that list has expanded and changed since that posting.

In conclusion, let me paraphrase Alex Patriquin : “As the music industry seeks to reassemble in the wake of digital distribution, it should recognize social streaming communities as the fastest growing opportunity in its evolution”