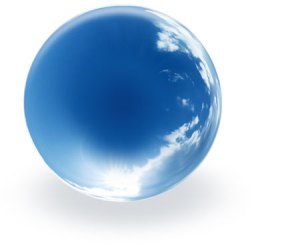 I’ve been asked a number of times already to provide some predictions for 2010 in the social media space. What I find interesting is that oftentimes we haven’t followed through on the predictions from the last 3-5 years, so I thought, “let’s put a list together in which the predictions have a better than 50% chance of happening”. So here goes.

2) A large public company will misstep in its usage of social media and the social media community will use it as an example along with Motrin and Dominos and nothing else.  Again, another lock.

3) Google will create a social app that creates a lot of buzz on Twitter and then it will slowly fade away. Think Side-Wiki and Google Wave.

4) Seth Godin will piss someone off with something he wrote or did that goes completely against the grain. There will be viral tweets about it, Seth will explain, tweak, and everyone moves on.

5) Someone will create a customer complaint video that will go viral-again. The company either reacts quickly and they’re applauded for their swift action or they don’t and they’re hung out to dry by a social media flash mob.

7) Twitter will continue to evolve into a self-promotional vehicle. In the beginning it was all about the convo, then it morphed into echo, and now it’s all about the promo.

8. Another 5000 apps will be created for the i-phone. No Brainer here right?

9) Brands will continue to say that they are social, but it will be in name only.  Why? Because they still don’t know what they’re doing and are afraid to admit it.

10) 40 hours of video will be uploaded to YouTube every 30 seconds.

12) You will see the consolidation of some large agencies into the mega-digital agency.

13) UGC will more and more be the driving force in online advertising since it costs nothing. Somewhere a light bulb will go on.

14) The FTC will continue to focus on paid bloggers and recommendation engines. This is not over.

15)  On Twitter, authority will continue to be defined by influence which will be inversely proportional to popularity

16) A Twitter business model will emerge and it may just be the model we all love to hate-advertising.

17) The argument around the ROI of social media will not end-nor will the incessant amount of blog posts surrounding it either.

18) Large scale social media aggregation projects will continue to pop up, with the thinking that “that” is what the people really want, it’s not.

19) Social media case studies will start to appear that are less accidental in their success, and more purposeful in strategy, implementation and measurement.

20) Taking umbrage with those that call themselves social media experts will continue.

Hopefully you’ll see that some of these were created purely for fun and others I truly believe have a realistic chance of occurring. Only the next 12 months will tell. Happy Holidays everyone.