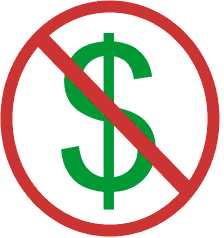 It’s been one of those days… so I’m going to allow myself just a wee bit of time before I snap out of it.  I’m going to vent. It started this morning when I heard back from a prospective client who liked the 5 page social media strategy overview document but…

The “but” was they wanted more specific details on what I was going to do. I told them that I would give them the specifics in time. but that I thought that it was important that they understand the how and the why before we got into the how to and the what for. I did this because we’re talking about a client that knows virtually nothing about social media.

If I would have given them the latter, 2 things would have happened. 1)  It would have been so over their head that they would have not understood and probably bailed and or 2) Believe it or not, they could take the document and either try and implement it themselves, or use it as a blueprint with another company and leverage their new found knowledge. You might not think that happens, but it does, as well as some other things  Why?

The ease of entry into social media is less than zero. I can sign up for a majority of social networks in less than a minute. I can create social profiles in less time. So the assumption with a lot of companies and people is, “What is so hard about being social”? or creating a Facebook page, or a Twitter profile?and you know what? They are right. It’s easy.

The thinking is really as simple as the majority of social interfaces that you see. Just create a profile and now you’re part of the social media revolution. You don’t need a consultant or a company to tell you how to do this. It’s easy. Plus there’s all of these killer blogs and sites with free information on social media, all these free tools, you can just figure all of it out on your own.

Sure. You can figure it out until it falls flat and you have one comment on your blog post. You have 19 registered members in your community, or you have 5,000 followers and you’re  following 5,000 but you have 111 tweets and zero conversations. Or maybe that Facebook page of yours has 56 fans but is doing nothing else. Or the YouTube video you made, has driven approximately 24 views.  When stuff is free, you get what you paid for.

There are some seriously smart people in this space. I value what they do and say and we value what we do and say, and we value what we create. But we also are working for a living. As much as we would like to give it away, we can’t. As it stands, the majority of people in this space, give away a lot. In fact, the amount of time that a lot of the social media marketing people that I know, give away, is extreme.  In terms of amounts of their time and resources-there is not a more giving  bunch. That’s the essence of social media.

But… at the end of the day, bills have to be paid and you’re going to have to take that leap of faith.

30 thoughts on “Social media is free…but I’m not”