I’m a visual person, so I want you to be too. With that being said, I think it’s interesting to look at the many different types of graphical examples of the social media space. The first graphic I want you to see comes from Lorna Li’s post on 6 Steps for Creating a Social Media Marketing Roadmap & Plan It’s interesting to note that her bubbles do not connect. They merely float around each other. Does that work for you? 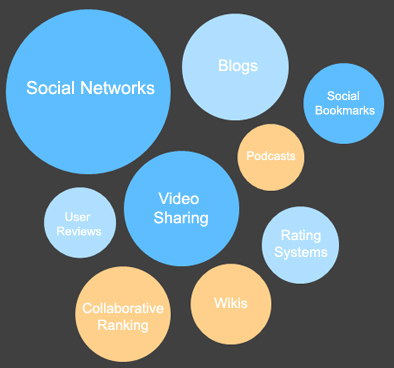 The next is from Susan Scrupski’s post Circles of Expertise in 2.0 for Biz I like hers since they are interconnected, but I think that in some instances, that perhaps they should bleed over more. 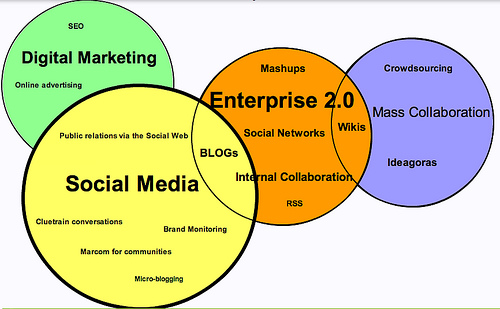 Then we have Brian Soli’s Conversation Prism which is pretty cool since it doesn’t appear to have left out much. It reminds me of the NBC peacock though. 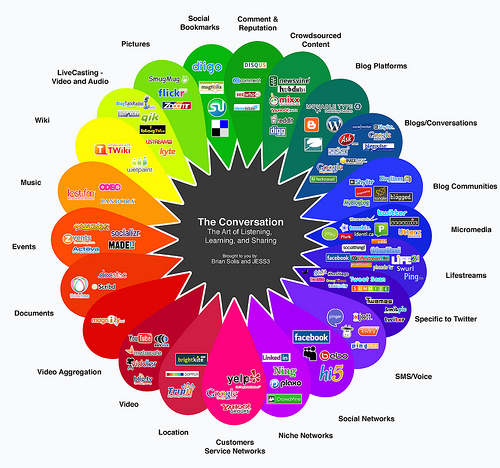 Next is Scoble’s Starfish Very accurate except for the sickly starfish. It looks more like a mutant glove. 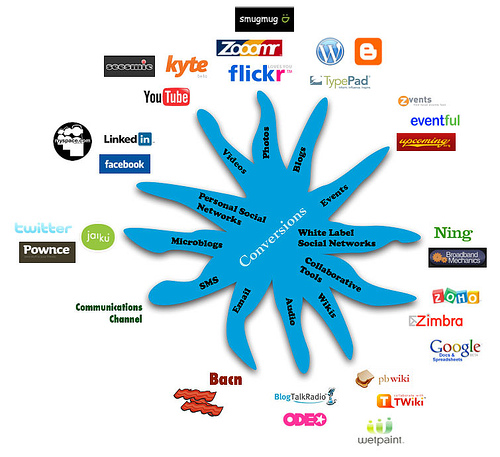 Then there is my simple explanation of how the hot dog could be the center of the universe from a social networking standpoint. Chew on that, if you will. No comment on the  public bathroom shade of blue I used. 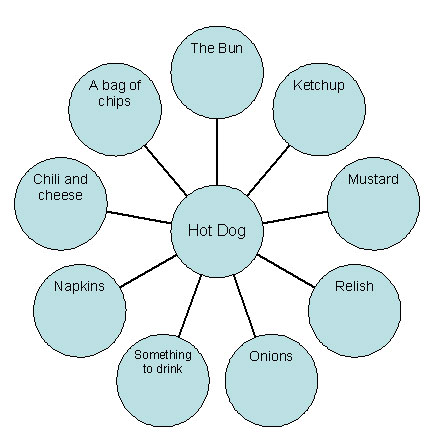 And lastly, this one is pretty cool from Touchgraph Go there and type in “social media” to see a larger view. 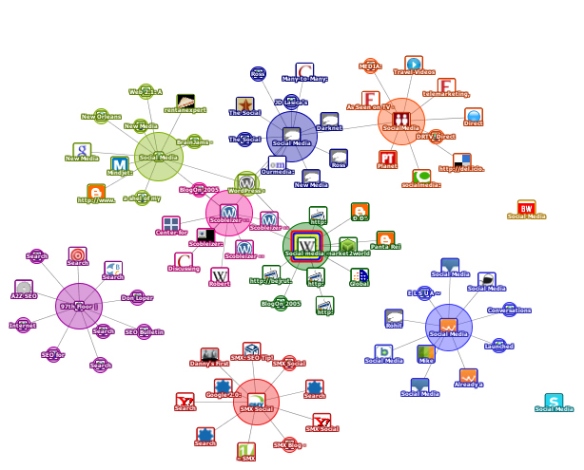 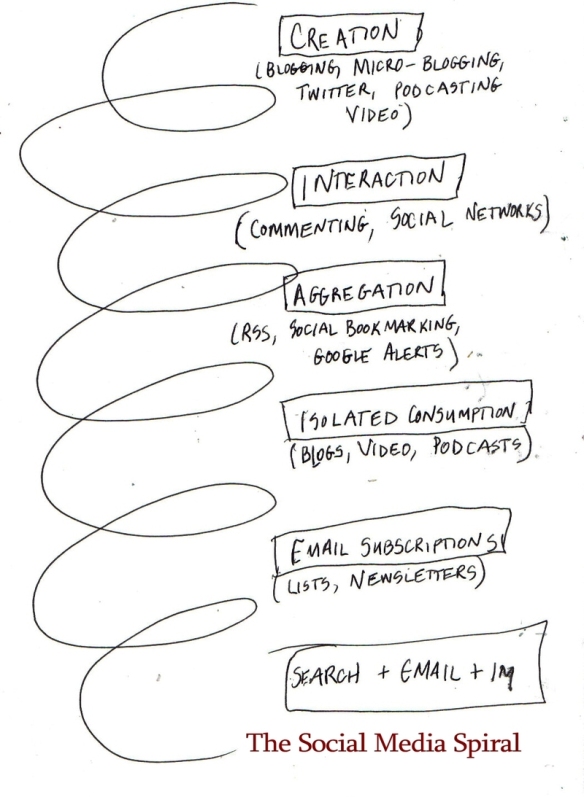 Here’s one more submitted by one of my Twitter frinds, this one titled the new marketing ecosystem from Mullen Though it does look a bit like a Christmas ornament or some type of dangerous coral. 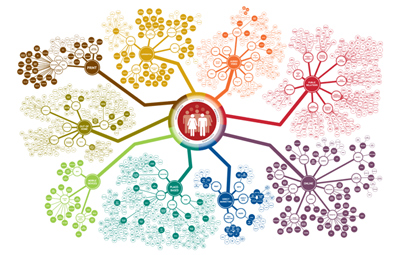 Which one works for you? or maybe there’s a better one? Flippant sarcasm aside, the point is that social media’s influence is far more reaching than anyone could have ever expected and the exciting news is that it’s only going to grow in depth and breadth.