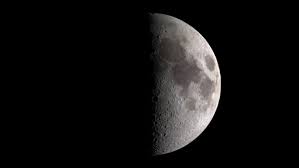 Sh*t is getting ready to hit the fan again. Just now on Twitter I was curious about the Ashley Madison scandal. So I did a trending hashtag search on the topic. I found it fascinating how it kind of exposed sunlight to the other side of or the ugly side of the web where people like to play, preferrably in the dark. Pun intended.

Think Bitcoins and Silk Road but in the name of cheating…

For those in the know, this is just another notch in the belt of just how “nonprivate” your privacy is and how your data is, for wont of a better analogy, nothing more than sargassum seaweed. It’s there, there’s a lot of it and it can be found by anyone virtually anywhere at any time.

Except this time, the hack is different because it involves sex and outing some people who might have preferred to have had their dark digital selves kept just that, in the dark. For the uninitiated, you’re thinking might be, Ashley Madison is a website for what? People who want to cheat? Seriously?

Meanwhile, what struck me as interesting about all of this, was the usage of in the moment marketing. Particularly, it was a paid search placement on Twitter on behalf of crisis management. 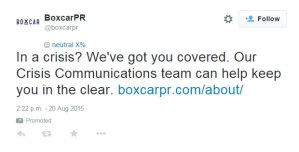 So what was it? Smart marketing PR? Or a troll like activity? A good usage of social media monitoring your key words? Or is it digital ambulance chasing? I haven’t decided yet what it was. Maybe all of the above.