I jumped in on the weekly #brandchat discussion that was happening on Twitter yesterday to answer the following question:

What do small businesses need to be doing less of?

Great question. Here was my answer…

Less of Big and more of Small.

I got an “amen and a hallelujah for that tweet. What did I mean? Hold tight because I’m going to use a couple of baseball references again, but I will keep it short and simple.

The first is this. Did you know that baseball players get paid millions upon millions of dollars to fail seven out of ten times? That’s right. They generally have to hit the ball three times out of ten, and they are considered good at what they do. Why? Because it’s so damn hard to do.

We often overlook or I should say, most seem to think that implementing social media can be done by… 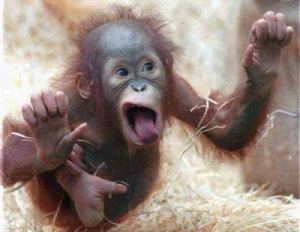 What ends up happening is that folks bail out after a month or so because talking to people, customers,  monitoring sites, creating consistent content, is hard and it’s labor intensive. You have to really work at it and be diligent. Sorta like hitting a baseball.

Funny thing is, baseball players who do hit the ball 3 out of 10 times, work very hard at it, constantly. Some are gifted and it comes naturally-the rest, which is most of them, have to work just to get near .300.

Same goes for creating and planning and implementing social media. It’s hard and not for the faint of heart. You have to believe and trust in yourself and your abilities to get it done.

But you know what? Being a singles hitter or maybe  someone who hits the occasional double in baseball  aint a bad thing. We all can’t be big hitters. Playing small ball is OK.

In the social media world, there are a lot of choices and sites and things that you can do so that you or your client can be seemingly everywhere. That’s really tough and can lead to some serious social media burnout.  But here’s a better idea. Quit trying to be a home run hitter. Play small ball. Be really good at hitting singles and the occasional double. Meaning? Be really good at blogging. Have a solid Twitter strategy. Be honest about what each piece of social engagement is going to bring back. In the baseball world that’s the equivalent of knowing you cannot hit a curveball. Know your limitations and be really good at what you can be really good at.

The payoff? A really long career and a happy client.

4 thoughts on “Social Media Marketing:Less of Big and more of Small”